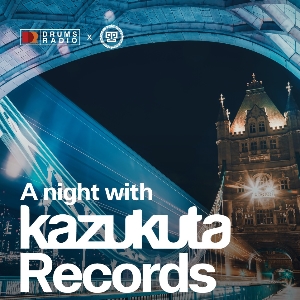 This event is for 18 and over - No refunds will be issued for under 18s.

Expect a night of thumping Angolan drums and African electronic rhythms, a jumping atmosphere that will have you dancing and shaking muscles you never knew existed, Drums Radio & Kazakuta Records curated line up to ensure the night at Omeara London Bridge is absolute fire, is a dream team of label producers and Djs will be -

Homeboyz - one of his original tracks - “Zekele”; was even bootlegged becoming an “underground hit” in the UK, accounting with more than 10M views under the title “Look Like You”(DJ Tjaey).

Afrokillerz - The Enigmatic duo DJ (Landz) and Percussion (Safari) duo have managed to create a sort of cult following without ever releasing a major project. As one of the spearheads of the Afro Tech movement in Portugal.

Conde - Showcasing his African (Mozambique) and European (Portuguese) heritage, in his music a very capable DJ,
Conde is setting himself up to become a familiar name in the Afro Tech scene.

Mr Silk - A staunch advocater of the Afro house global movement based in LONDON (uk), he is a producer with acclaim to tracks on 'Black Coffee' Spotify Playlist at the same time, radio presenter on Beat 1036FM Radio and regular BBC1xtra Afro House Mix Dj.

Kazukuta Records was created back in 2011. Hailing from Angola, the main goal was to present a platform for all those that wanted to release their electronic music projects and couldn’t find support for the same. Whilst exploring the various sub genres of House Music, Afro House and Afro Tech tend to be core sounds of the record label.


Fast forward to present times with millions of streams across all platforms, Kazukuta Records is an undeniable presence in the African inspired electronic music scene. The releases are frequently supported by the leading figures of House Music: Black Coffee, Keinemusik, Green Velvet, Henrik Schwarz, Manoo; among many others.